Home > Learning Center > Relationship Advice, Love Advice > When You Feel Hurt By Your Partner
Are You on Your Mobile Phone? Click here for 2800+ mobile optimized, self help and self growth articles.

When You Feel Hurt By Your Partner 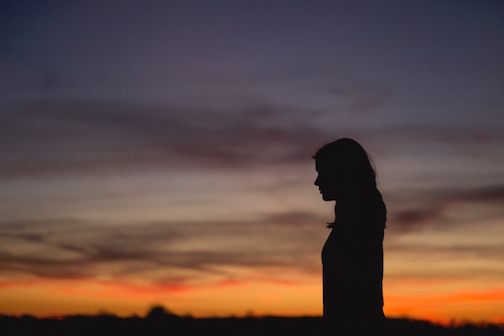 I grew up with a very angry mother who would attack me out of the blue. As a highly sensitive only child, the fear and heartbreak of being treated so unlovingly was unbearable. So rather than feel the hurt, I numbed it out by learning to stay in my head rather than being present in my body, and by focusing on caretaking others' feelings. The only way I could survive was to not know that I was feeling so hurt.

I had so deeply shut out knowing about my own hurt that when I had children, I thought nothing about yelling at them. One day, as I was yelling at my son Josh, who was about 2 ½, he looked up at me with tears running down his cheeks and said, "Mommy, when you yell at me, I feel like I'm gonna die."

I was stunned and devastated. The last thing I wanted to do was hurt my children. In that moment, I not only stopped yelling, I vowed never to yell at my children again. And I didn't. I understood that my yelling at them was very hurtful to them, but I still didn't get that someone doing this to me was hurtful to me.

It took me many years to open to the deep and painful heartbreak of another's unloving behavior toward me.

And now I know that there are two kinds of feeling hurt - one that I cause and one that is caused by others.

Hurt Caused by Others

When someone, especially someone important to you such as your partner, is angry and yelling at you, blames you, threatens you, judges you, or attacks you in any way, or shuts you out, withdraws and closes their heart to you - and you are open to your feelings - you will feel some heartache, loneliness, heartbreak, and/or sadness. These are the natural core feelings - the feelings my little son was feeling - when someone is being unloving to you and disconnected from you.

The thing that causes the deepest hurt may not even be what your partner or others are saying or doing, but the fact that they are being uncaring to you. It is very important for you to learn to distinguish between your partner or others being deliberately hurtful, or being hurtful and not knowing it. I didn't know I was hurting my son until he told me. Many people have been very uncaring and hurtful to me but didn't know it because I didn't tell them - because I didn't know it. Most of the time, people are not deliberately trying to hurt you, and if they knew they were hurting you they might feel terrible. However, there are times when people are deliberately hurtful, and it is vitally important in terms of taking care of your inner child to not be around people who WANT to hurt you.

Hurt Caused by What You tell Yourself About Others

Jenni called me because she was feeling hurt by the fact that her husband wanted to go on a weeklong fishing trip with a bunch of guys.

"What is it that is making you feel hurt about this?" I asked.

"Why does he want to spend all that time with them instead of me?"

The lies Jenni was telling herself were:

Jenni's wounded self has made all this up, but she is acting as if what she has made up is true. The truth is, as I later found out from her husband, that he hasn't spent much time with his guy friends and he loves fishing. He feels very sad that Jenni feels hurt about what he wants to do, rather than supportive of him.

Whether you are dealing with wounded hurt or core hurt, it is your responsibility to be there for yourself with kindness and compassion and an intent to learn about what your hurt feelings are telling you.