Home > Learning Center > Relationship Advice, Love Advice > Are You Making Someone Your Higher Power?
Are You on Your Mobile Phone? Click here for 2800+ mobile optimized, self help and self growth articles.

Are You Making Someone Your Higher Power?

Do you believe that in a good relationship, it is your partner's job to make you feel loved and worthy? 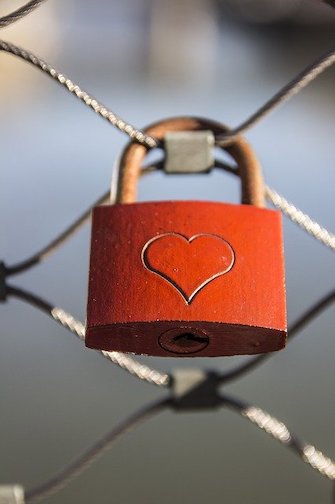 Jerrod, in his late 30s, consulted with me because he was feeling frantic about his relationship. He and Leslie had fallen deeply in love just over a year ago, but now the relationship was falling apart.

"Leslie and I are very attracted to each other and really enjoy each other's company. But something happens after we've been together over a weekend. We have a great time and then during the week I'm miserable for a few days. After a few days, I feel okay again, and then we get together and it starts all over. I don't want our relationship to end, but I can't stand what happens after we are together. Maybe we are not supposed to be together."

As we explored what happened when he and Leslie were together, it became apparent to me that Jarrod completely abandoned his inner child to Leslie and made her his higher power. Once he was alone again, he was miserable because of his self-abandonment—until he was able to reconnect with himself.

The problem was that Jerrod wanted to get the love he received from Leslie more than he wanted to be loving to himself and to her. Then, if she didn't come through with the love he expected, he blamed her.

Leslie was trained to be a caretaker, but since she had started to practice Inner Bonding, she was no longer willing to take responsibility for Jerrod's feelings, so their relationship was in turmoil.

Renee consulted with me because her marriage of 28 years was on the brink of divorce. Like Jerrod, Renee did not want responsibility for her own feelings, so she had always made her husband, Jackson, her higher power. He was supposed to be her source and make her feel that she was okay.

Jackson, like Leslie, had been trained to be a caretaker, but after getting ill with prostate cancer, he started to do his inner work and was no longer willing to serve as Renee's higher power. Renee was furious at what she considered to be abandonment, and it was not easy for her to see that what she was calling abandonment was really self-abandonment.

Other than feeling lonely, Greg did fine when he was on his own. His problems started as soon as he was in a relationship. The moment he really liked a man, he would abandon his little boy and make his lover his higher power. Since people get together at their common level of woundedness, Greg's partners were always just as co-dependent as Greg. They would care-take Greg at the beginning and then pull back in resentment, since they were also making Greg their higher power.

"I Don't Know How To Love Myself."

In my work with each of these people, they all said the same thing: "I don't know how to love myself."

"Of course you don't," I always say. "You had no role-modeling for loving yourself and for taking responsibility for your own feelings. The good news is that you don't have to know how. What you do need to do is move into an intent to learn about loving yourself with your true higher power—your personal spiritual guidance. Until you are willing to open to learning with your spiritual source of love, rather than make a person your source of love, you will continue to have relationship problems."

"But," they generally say, "in a good relationship, isn't the other person supposed to make you feel loved?"

"No! In a good relationship, each person makes themselves feel lovable and worthy so that they can share their love with each other. A good relationship is not about getting love, but about sharing love."

Be honest with yourself: Are you making another person your higher power?

Image by Werner Moser from Pixabay