Home > Learning Center > Relationship Advice, Love Advice > Leaving An Abusive Relationship
Are You on Your Mobile Phone? Click here for 2800+ mobile optimized, self help and self growth articles.

Are you staying in an abusive relationship thinking that the problems are your fault? Do you think that if you change your partner will change? 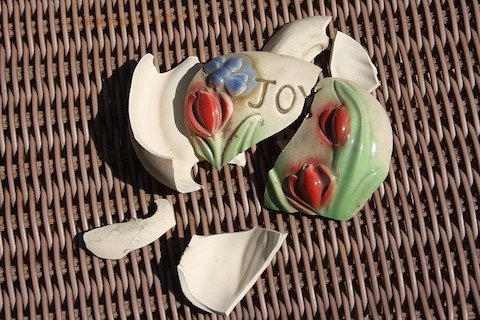 Jennifer consulted with me regarding her 18-year marriage.

"I just don't know what to do. I believe in marriage, and I have tried to believe in my marriage. But Jake's drinking has been getting worse and worse for most of our marriage, and so are his rages. Occasionally he has hit me, and last week he pushed me down a few stairs and then locked me out of the house - which is what led me to call you. And then he did the same thing to our youngest daughter who is still living at home. I'm scared of him most of the time now, and I'm scared for my daughter. He gets really nasty and verbally abusive when he has been drinking, which is most of the time now. He is always calling me names and blaming me for everything that goes wrong in his life. And he doesn't think he has a problem! When I have suggested counseling for us, he laughs, saying that there is nothing wrong with him and that I'm the crazy one. I've been trying so hard, but nothing is changing. I keep thinking that if I just do things right, then things will get better."

I hear this over and over from my clients: "If I just do things right, then things will get better."

But they won't, because Jennifer is not the cause of Jake's abusive behavior and has no control over it, and Jake has no intention of changing.

"Jennifer," I asked, "What would you do if you were 100% certain that you were not the cause of Jake's abusive behavior and that there was nothing you could do about it? What if  he is a narcissist, which he likely is, he has no intention of changing?"

"Then I would leave."

"So what is stopping you from leaving is that you believe that you can do something about it?"

"Yes. He can be so charming at times. So I think that if I do it right, he will stop drinking and be his charming self."

"Jennifer, not knowing Jake at all, I cannot diagnose him, but he sounds like he may have Narcissistic Personality Disorder." I read her the symptoms of NPD and asked her after each one if Jake fit the description. "Yes" she said to almost all of the symptoms. "I suggest that you do some research on the Internet about Narcissistic Personality Disorder, as well as read a book called 'Stop Walking on Eggshells' by Paul Mason and Randi Kreger. This book is about Borderline Personality Disorder, and Jake may have symptoms of this as well, but much of what this book says about BPD also applies to NPD. This is going to help you decide what is best for you do to."

By our next session, Jennifer had read the book and done her research.

"There is no doubt about it," she said, "Jake has BPD and also symptoms of BPD. I can also see how I have contributed to the problems all these years by thinking that his behavior was my fault. I told Jake that unless he is willing to receive help, I am going to leave him, and now I am staying at my sister's house. He still doesn't believe me. He thinks that if he is just his charming self, I will come back. But now I know that his charm is part of his NPD, and that unless he receives a lot of help, this isn't going to change. And I also really know that his behavior is not my fault and never was my fault. He still says that he is fine and will not go for help. I know that I have no choice but to leave because my daughter and I are not safe with him."

"How are you feeling about this decision?"

"I feel sad and relieved. I always wanted to have an intact family, so I feel so sad that I'm not going to have this. And I feel sad for him. I still care about him, but I know that he doesn't care about himself or me. I feel relieved because I no longer feel scared of him and of his hurting us."

This was not an easy decision for Jennifer. Yet she realized that even though she still cared a lot about Jake, as long as he was harming himself, harming her and harming her daughter, leaving was her only option.

Image by Cara Shelton from Pixabay