Home > Learning Center > Relationship Advice, Love Advice > Control and Resistance - the Relationship Gremlins
Are You on Your Mobile Phone? Click here for 2800+ mobile optimized, self help and self growth articles.

Control and Resistance - the Relationship Gremlins

Are power struggles contaminating your relationship? Are you and your partner stuck in a control/resist system? Does it seem like the only way out is to leave? 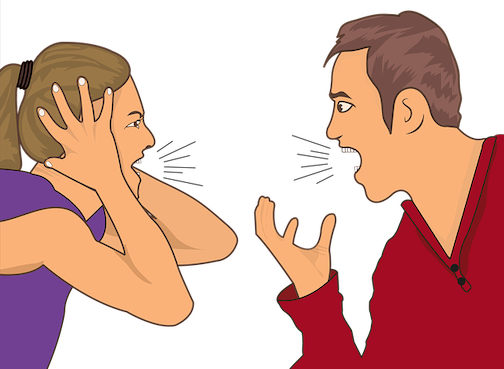 "I'm so sick and tired of Andrea's anger and bossiness that I'm about ready to leave this relationship," said Paul in our Skype session. "Everything has to be her way. Why can't she just keep her mouth shut? She is ruining this relationship. I hate her judgmentalness. Every time she does this it casts a black cloud over our relationship and I end up feeling awful."

Paul and Andrea were in one of their typical power struggles. Paul tended to operate as an adolescent regarding household chores. If something needed to be done, he would say he would do it and then procrastinate to the point where Andrea would blow up. Then he would blame Andrea for her anger rather than take any responsibility for his resistance.

"Paul, how did you react when Andrea got angry and judgmental?"

"I got angry and tried to explain to her why I hadn't fixed the curtain rod yet. But she wouldn't listen to me so then I withdrew."

"So Andrea is trying to control you with her anger and you are trying to control her with your anger, explanations and withdrawal. And you are very determined to resist being controlled by her. So, do you want to complain to me about Andrea and blame your feelings on her anger, or do you want to understand your end of this system and learn about what you can do differently?"

"I just want her to stop being angry."

"Paul, you have been trying to have control over Andrea's anger for the whole five years of your relationship. Is it working?"

"Well, why can't you just stop resisting and become responsible in the household and responsible for your own feelings instead of being a victim of Andrea?"

"Oh. I see what you mean. She must be as unconscious of what she is doing as I am of what I am doing."

"Right. The two of you learned very early in life to try to control and resist being controlled, and these old patterns are governing your relationship. But what is the point of leaving? You will each take your patterns with you and you will each end up in similar relationships, as you have in the past. So why not recognize that you are not a victim and address your issues?"

"Okay. So what do you see as my issues?"

"I see two major issues. I know that household things, such as the broken curtain rod, don't bother you, but they do bother Andrea. You put her in a bind, because when she says she will hire someone to fix the things that need fixing, you get upset and tell her you will do it and then you don't. So one major issue is that it is more important to you to resist being controlled than to be a caring person to yourself and to her. I am not excusing Andrea's anger and judgmentalness - that is her end of the system. But you have not accepted that you have no control over her anger. This is the other major issue for you - your lack of acceptance over your lack of control over her. She tries to control you and you resist while trying to control her.

"If you really want things to change, then the only control you have is over changing you, not over her changing. When you are ready to make caring about yourself and her more important than resisting, you will start a consistent Inner Bonding process and things will change."

This is a huge challenge for a person who has been in resistance his whole life. Once Paul stops blaming Andrea, then he can do the deep Inner Bonding work of healing his resistance.

Image by Mustafa shehadeh from Pixabay