Home > Learning Center > Anxiety, Depression, Stress > Relationship Breakup: Heartbreak and Healing
Are You on Your Mobile Phone? Click here for 2800+ mobile optimized, self help and self growth articles.

Are you suffering from the heartbreak of a broken relationship? Do you feel like you can't live without your partner? 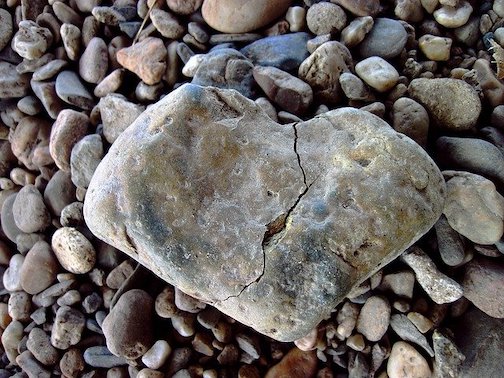 Lindsay called me for counseling because her boyfriend of 18 months had just ended their relationship. Lindsay, 28, had been sure that Jake was "Mr. Right."

"I am so heartbroken," sobbed Lindsay. "I don't know how I’m going to get through this. It feels like my heart is breaking apart. I love Jake so much and I thought he loved me too. I don't get how this could have happened, or why it happened. I feel like I can't live without him."

"Tell me about your relationship with Jake."

"We met through a mutual friend and hit it off right away. We have so much in common. Within a couple of months we were talking about marriage and children. But about six months into the relationship, Jake started to get a little distant. He said it was nothing, that he just needed a little space. It kind of freaked me out but I gave him the space. Then things seemed fine for a while again until a few months ago, when I mentioned getting married. That's when he started to pull away again, which was terribly confusing to me since he was the one who first brought up marriage. Then last Saturday night, he told me that he realized that he is just not ready for marriage and that he wanted to end the relationship. I was so shocked, and now I don't know what to do."

As we talked more about the relationship, it became apparent that Jake has a fear of engulfment. From the time he mentioned marriage, his fears of losing himself got triggered and he started to pull away. His pulling away triggered Lindsay's fears of rejection and she started to subtly pull on him for more time and attention, which only exacerbated his fears of engulfment. Lindsay found herself becoming more and more needy as Jake continued to pull away.

The reason that Lindsay was struggling so much with the breakup was because she had abandoned herself to Jake - making Jake her Source rather than spirit her Source. Jake became her God, which terrified him.

Had Lindsay stayed connected with herself in the relationship with Jake, she would have realized that Jake's fear of engulfment was too unhealed for him to be in the kind of committed relationship that she envisioned. If she had not abandoned herself to Jake, she probably would not have committed to the relationship. But Jake's fears of engulfment triggered her father's emotional unavailability and she unconsciously hoped to have control over getting from Jake what she couldn't get from her father.

For Lindsay to recover from her heartbreak, she needed to learn to stay connected with her feelings and her spiritual Source, rather than make a man responsible for her wellbeing. The clue to this was her saying "I feel like I can't live without him." Another person becoming so important to you that you feel you can't live without him or her is a clue that you are abandoning yourself.

The deeper level of heartbreak is self-abandonment - which likely mirrors the abandonment you may have experienced as you were growing up. Many people have learned to treat themselves as they were treated or as their parents or caregivers treated themselves. When this is the case, you are abandoning the child within - your feeling self. Instead of taking responsibility for your own feelings, you are making another responsible for your happiness and wellbeing, and when they leave or die, you are left devastated.

Through practicing Inner Bonding, Lindsay learned to take responsibility for her own happiness, worth and lovability. The more she took this responsibility, the more her broken heart healed.

Image by Miriam Müller from Pixabay

When the time comes that I am no longer bonded by my beliefs but begin to feel shackled to them, then they are the beliefs of someone else that I have been sentenced to.

When the time comes that I am no longer bonded by my beliefs but begin to feel shackled to them, then they are the beliefs of someone else that I have been sentenced to. By Dr. Erika Chopich