Home > Learning Center > Motivation: Getting Unstuck > The Dead End of Resistance
Are You on Your Mobile Phone? Click here for 2800+ mobile optimized, self help and self growth articles.

The Dead End of Resistance

Discover the inner power struggle that may be keeping you stuck in your life. 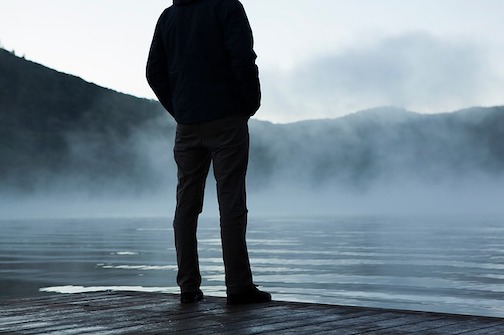 Jimmy had spent many years in various kinds therapy, yet still felt numb and empty inside most of the time. He consulted with me because he hoped that the Inner Bonding process would move him out of feeling so stuck.

It became apparent to me, soon after starting phone sessions with Jimmy, that he was deeply stuck in resistance to taking responsibility for himself. His main intention was to have control over getting approval from others. He was a typical "nice" guy - always doing things for others in the hopes that they would give him some approval. Yet on the inner level, he was anything but approving of himself. Instead, he was constantly judging himself, just as both his parents had judged him and themselves.

Stuck in Fear and Resistance

His internal self-judgment led to internal resistance - an internal power struggle, which kept Jimmy immobilized. In addition, he had deep wounding from his controlling religious background, which led to anger at God and resistance to opening to his Higher Power. He had no close relationships because he was so afraid of being controlled by someone. Sometimes his loneliness was overwhelming to him, yet not being controlled by someone was much more important to him than caring about his own feelings of loneliness, aloneness, and emptiness.

Resistance occurs when not being controlled by others, God, or your own authoritarian inner self is more important than loving yourself and taking responsibility for your own feelings of self-worth. As long as resisting control is your primary motivation, you will be stuck. It is only when being loving to yourself and others is more important to you than whether or not you are being controlled by anyone or anything, that you will be able to move beyond your resistance.

When I confronted Jimmy with how controlling and resistant he was, he was stunned. In his mind, a controlling person was a dominating person - angry, judgmental, demanding. In Jimmy's mind, he was such a nice guy. He would never try to control others.

"Nice" as a Form of Control

Jimmy was shocked. In his mind, critical and demanding people like his parents were controlling. I helped him to understand that controlling behavior can be both overt and covert, and his was covert. As long as his intention in his behavior with others was to get their attention and approval - which he equated with love - he was trying to control, while at the same time resisting being controlled.

It was not easy for Jimmy to see this because he had a strong judgment against being controlling, so he didn't want to see himself this way. He wanted to resist being conscious of his intention to control.

Self-Judgment - Another Form of Control, Which Leads to Resistance

"Jimmy, as long as you judge yourself for the choices that come from the ego wounded part of yourself, you will not be able to see what you are doing that is causing you so much pain and keeping you stuck. We all have a wounded self that wants to control and not be controlled, and we have all learned various ways of trying to have control over not being controlled and over getting love, avoiding pain and feeling safe. While you needed these behaviors as a child as part of your survival, as an adult they are causing you pain. I suggest that you open to learning about your controlling and resistant behavior instead of judging it. As long as you judge yourself, you will resist the very information that you need due to your internal power struggle. Self-judgment is another form of control, and since resisting control is your primary intent, you keep yourself stuck with your self-judgment."

Jimmy took a deep breath. Some part of him felt great relief at the possibility that he could stop judging himself and open to learning about taking responsibility for himself instead of resisting and trying to get others to do it for him. Through his devoted Inner Bonding practice and the support of the Inner Bonding Membership Community, Jimmy was gradually able to move out of his resistant, controlling behavior and into loving behavior toward himself and others.

Image by Free-Photos from Pixabay

Which will be your guide today, fear or love? Which will light your way today, your desire to control or your desire to learn about loving yourself and others? If you do not consciously think about it, fear and the desire to control will be in charge, for they are the unconscious settings of your internal computer. Today, choose to be conscious of who is in charge, your fearful and controlling ego wounded self, or your loving Adult.

Which will be your guide today, fear or love? Which will light your way today, your desire to control or your desire to learn about loving yourself and others? If you do not consciously think about it, fear and the desire to control will be in charge, for they are the unconscious settings of your internal computer. Today, choose to be conscious of who is in charge, your fearful and controlling ego wounded self, or your loving Adult. By Dr. Margaret Paul