Home > Learning Center > Anger Management > Fear of Anger - Yours and Others
Are You on Your Mobile Phone? Click here for 2800+ mobile optimized, self help and self growth articles.

Fear of Anger - Yours and Others

Does your own and others' anger terrify you? Discover how to move beyond your fear of anger. 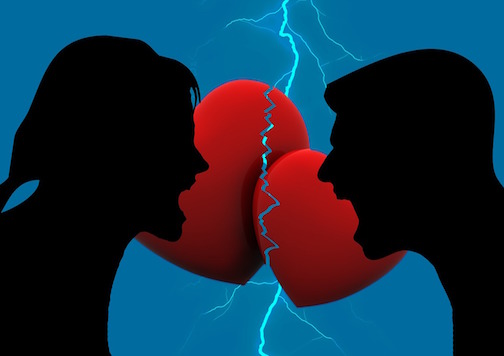 Are you terrified of others' anger? Are you afraid to open to your own anger for fear of getting out of control?

If you grew up in an angry or violent home, there is a good possibility that you have a fear of both your own anger and others' anger.

Fear of Others' Anger

I grew up with a very angry mother and I was terrified of her anger. Her anger was irrational and it came out of nowhere. My whole body used to shake when she got angry.

For years as an adult, I continued to be terrified of anger, as I had no idea how to take care of myself in the face of another's anger. When you don't know how to respond to another's anger, your fight, flight or freeze response gets activated, and for me it was freeze. I would become so frozen that I was unable to say much at all. When I could talk again, I would try to explain, defend, or scurry around trying to please.

Now I'm no longer afraid of others' anger. I still shake inside if the anger is irrational, and now I know the shaking is my inner guidance letting me know that danger is occurring, and I listen carefully to what my inner guidance is telling me.

I'm no longer afraid because I know what to do. I know that I no longer have to stand there and take it like I did as a little girl. I know that I can either open to learning about why the other is angry or I can lovingly disengage - which means leaving the interaction to take care of myself rather than withdrawing in anger to punish the other person. It means keeping my heart open so when the other person is no longer angry, I can re-engage without resentment.

If I think the person might open with me, I gently say, "I hear that you are angry and I'd like to understand why you are angry, but it will be much easier for me to hear you if you stop attacking me."

If I'm quite sure that the person won't open, then I say something like, "This feels hurtful so I'm going to take a walk. Let me know when you are ready to talk without blaming me."

The fact that I can now do one of these two loving actions for myself takes away my fear. My inner child knows that I, as a loving adult, am going to take care of the situation so that she isn't hurt by it as she was as a child.

Fear of Your Anger

Many people who grew up with violence do not want to be anything like their angry parent or caregivers. They are afraid that if they get angry, they will become irrational and hurtful like some of the adults were when they were growing up.

If you have this fear, it is important for you to understand the difference between anger intent on controlling - which comes from an out of control wounded person and is very scary - and anger intent on learning. When your intent is to learn from your anger rather than dump it on someone else in the form of attack and blame, then you embrace your angry feelings as information. Your angry feelings are telling you that there is some way you are not taking care of yourself - some way you are abandoning yourself. When you consistently move into learning from your anger rather than act it out on others, you lose your fear of your anger.