Home > Learning Center > Anxiety, Depression, Stress > Are You Hiding a Secret?
Are You on Your Mobile Phone? Click here for 2800+ mobile optimized, self help and self growth articles.

Are You Hiding a Secret?

Are there aspects of yourself you are so ashamed of that you've never revealed them to anyone? Or even hidden them from yourself? This may keep you stuck. 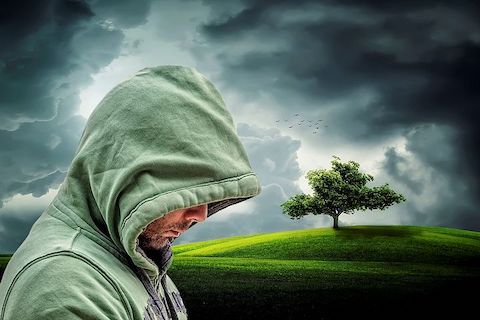 In my work with my clients, I’ve often wondered why some people jump right into Inner Bonding and take off with it, while others seem to keep getting stuck. Perhaps harboring a shameful secret is one of the reasons.

In order to move forward with Inner Bonding and in our lives, we need to be accepting of ourselves, but it might be very hard to accept yourself if you have done something, or if you feel things, that are generally judged to be wrong or bad, or that you believe are wrong or bad. One of the things I’ve seen occur in my Intensives is that the environment is so safe and accepting that a participant might feel safe enough to finally reveal the secret. Once the secret is out, there is much more space for self-acceptance.

Emma was so terrified to be judged for her secret that she travelled all the way to the USA from another country to attend an Intensive. She wanted to make sure that, when she returned home, no one would know what she had revealed.

Emma lives in a country where homosexuality is not generally accepted, and she was terrified for anyone to know that she is a lesbian. A well-known person in her country, she was certain that her work would fall apart and that she would be completely ostracized by family and friends.

In the Intensive, she agonizingly shared her truth, and received complete acceptance and support from the group. In talking about how terrified she was for anyone in her country to know that she is gay, she received some interesting feedback: most people felt she was gay from the moment they met her. She wasn’t fooling anyone.

Shocked at this information, she wondered if people at home also knew her secret. This information, along with the acceptance she received in the Intensive, gave her the courage to begin to tell some family and friends at home. To her surprise, they responded in very much the same way as the people in the Intensive – they already knew it and accepted her. She was blown away by the love she received in sharing her secret.

Now that she lives as an openly gay woman, life has opened up for her. She is no longer stuck in her life.

Russell also came to an Intensive with a secret. He had been trying unsuccessfully for a number of years to practice Inner Bonding, and finally decided it was time to deal with his secret. Having been sexually abused as a child by his mother, Russell was deeply sexually addicted. His sense of aliveness and fullness came primarily from sexual energy. He was mortified that he was in any way like his mother.

Russell was a man of high integrity, and he was deeply judgmental toward his own addictive behavior. He loathed himself for using women for his sense of aliveness. While he didn’t abuse children as his mother had, he knew that the part of him that used women was like his mother. His self-loathing kept him stuck in not taking loving care of himself, which perpetuated the inner emptiness that fueled his sexual addiction. He could not value himself enough to take loving care of himself because he was so ashamed of his addiction that he could not face himself.

In speaking the truth in the Intensive and receiving the acceptance and understanding of the group, Russell was finally able to let go of some of his self-judgment. Russell could not be compassionate toward himself and be judging, shaming and loathing of himself at the same time, which is what was keeping him stuck.

Accepting Your Wounded Self

What are your secrets? Have you been a stalker? Were you sexually, emotionally, or physically abusive in your past relationships, or in your current relationship? Were you mean and abusive as a child? Did you burn down your house for the insurance money? Did you kill someone in self-defense? Were you sexually abused as a child and liked it? These are big secrets and coming to terms with them and accepting your wounded self, is vital for being able to love yourself and heal.

We’ve all done things we are ashamed of. We’ve all integrated our parents and other caregivers into our wounded self. Coming into authentic acceptance of our wounded self is essential for healing.

If you seek validation from others, what do you want them to validate? Are you looking for them to validate your looks and performance to feel worthy? Today, notice your inner qualities - your caring, your goodness - and begin to connect these with your sense of worth.

Mar-30: The Touch That Heals Trauma

Mar-23: How To Love Myself? Six Steps to Loving Yourself

Mar-16: Managing This Challenging Time As A Loving Adult

Mar-09: Do You Take Accountability For Your Mistakes?

If you seek validation from others, what do you want them to validate? Are you looking for them to validate your looks and performance to feel worthy? Today, notice your inner qualities - your caring, your goodness - and begin to connect these with your sense of worth. By Dr. Margaret Paul