Home > Learning Center > Conflict Resolution > Emotional Incest: Will He or She Change?
Are You on Your Mobile Phone? Click here for 2800+ mobile optimized, self help and self growth articles.

Emotional Incest: Will He or She Change?

Are you with a partner who is emotionally incestuous with his or her child? Do you keep expecting your partner to change? 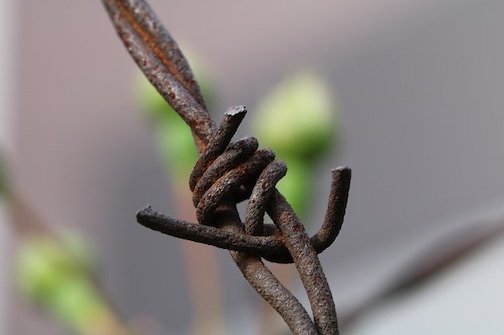 Sharon, one of the members of our website, emailed me asking me to write more on abuse, particularly covert incest. She was in the process of ending her 4-year marriage with her covertly abusive husband, who is emotionally incestuous with his adult daughter.

"There is no physical involvement, but the only person my husband feels safe with is his daughter. He has used her to 'dump' about our marriage and about his problems. So his daughter is his caretaker, getting the only kind of closeness she can, by being there for him but never getting what she really needs."

As a result, his daughter is now a very angry adult who has many problems in relationships.


I asked Sharon to describe to me her experience of the emotional incest.

"Neither of them take responsibility for themselves or their behavior, so when I came along I suddenly became the one who was at the core of EVERY problem in their lives. Everything became my fault.  It was my fault the daughter became angry, it was my fault he withdraws.

"If I had understood the depth of this 'sickness' and that the likelihood of him even wanting to work through any of it was nil, I would have said 'next' immediately.  Any parent is going to be protective of their child, but to cling to a child to meet your emotional needs is just not something most people (that I know) realize even exists.  We all hear and read about incest with sexual involvement, but nothing about this. It's like incest without the sex."

Throughout her marriage, Sharon hoped that, through therapy, her husband would see what was happening and change. It took her 4 years to realize that he was completely uninterested in changing.

"In a recent article you wrote about abuse, both covert and overt, your last paragraph said abusers rarely change, or something to that effect.  That's the part that people need to understand - that abuse is like a tumor with tentacles that are very difficult to detach, and that abusers really don't want to 'deal with it' and typically don't, because their whole world and identity will crumble."

Sharon wishes she had known that it was unrealistic to expect her husband to change. "I would love to help someone not endure the emotional pain I did for as long as I did."


Abuse has many faces - verbal, physical, sexual, and emotional.

Abusers are often experts at appearing open to learning and changing, which is part of their covert abuse. It is vitally important for people at the other end of abuse to give up expecting an abuser to change. Even attending therapy, as Sharon's husband did with her, is not an indication that they are willing to change. Often, attending therapy is just another form of manipulation to get you to stay in the abusive relationship - and another way to point the finger at you as being the cause of the problems.

Image by HeungSoon from Pixabay

Today, notice if you have balance - between giving and receiving, between work and play, between doing and being. If you are not in balance, you are not being loving to yourself. Today, focus on creating balance in your life.

Today, notice if you have balance - between giving and receiving, between work and play, between doing and being. If you are not in balance, you are not being loving to yourself. Today, focus on creating balance in your life. By Dr. Margaret Paul