Home > Learning Center > Communication Skills, Effective Communication > Relationships: Reactions to Emotionally Irrational Behavior
Are You on Your Mobile Phone? Click here for 2800+ mobile optimized, self help and self growth articles.

When someone you care about is being emotionally irrational - acting out against you or themselves - what do you do? Discover the only thing you CAN do! 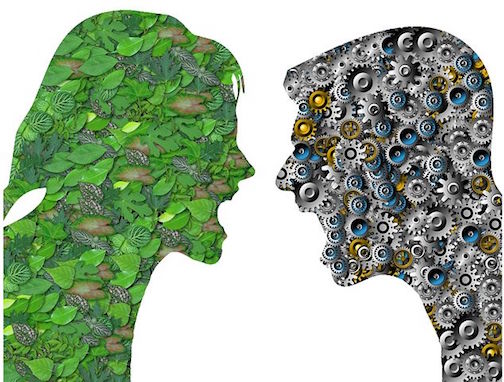 Ted's mother was often emotionally irrational. She would demand irrational things from him, such as telling him that it was his job to make her happy. She would cry and yell when he did anything for himself, claiming that he was selfish and making her miserable. Often, she would scream at him out of the blue, for seemingly no reason at all. Sometimes she would yell at him for very minor infractions, such as being 5 minutes late getting home from school. Sometimes she would behave in self-destructive ways, such as getting drunk, over-spending or staying in bed for days at a time.

As a little boy, Ted's mother was his primary source of safety. If she left him or died, he might die. So Ted learned to try to have control over his mother's irrationality by explaining, teaching and defending. He learned to try to talk her out of her feelings and behavior so as not to feel so helpless and lonely at the other end of her irrational behavior.

Ted, now 38, still does this, even though it never actually worked to change his mother, and it has never worked to change any of the other people in his life. However, there is a level on which this protective controlling behavior does work: it gives him a feeling of control over his lonely and helpless feelings, the feelings that he couldn't feel as a child because he had no way of managing them, and that he still believes he can't manage today.

In your relationships, what do you do in reaction to others irrational behavior - behavior that is non-violently acting out against you or themselves? (This article is not addressing violence toward themselves or to you). What do you do to try to control the other person and avoid the feelings of loneliness, heartache, and helplessness that inevitable occur when someone you care about disconnects from himself or herself and from you? Take a moment right now to think about how you react to others' seemingly irrational behavior.


If you do any of these things, you are wasting your time and energy.

When someone (an adult, not a child) is being irrational - acting out against you or against themselves - they are IRRATIONAL! That is, they are not in their "right mind," which means that they are not available to hear you or to change. There is NOTHING you can say or do that is going to change them - they are the ones who have to change themselves. (It is different with children. Often lovingly sitting with an irrational child allows them to release built-up energy and they eventually calm down).

The ONLY thing you can do is to stop engaging - to lovingly disengage. This means that you walk away from the interaction with love, not judgment, in your heart. It means that you do an Inner Bonding process, take loving action on your own behalf, and do not re-engage until the other person is back in their "right mind." It means you do whatever you need to do to keep your own heart open, so that you do not go into your own irrational behavior, and are ready to re-engage when the other person is open.

Being rational with an irrational person doesn’t work!

Today, notice if you have balance - between giving and receiving, between work and play, between doing and being. If you are not in balance, you are not being loving to yourself. Today, focus on creating balance in your life.

Today, notice if you have balance - between giving and receiving, between work and play, between doing and being. If you are not in balance, you are not being loving to yourself. Today, focus on creating balance in your life. By Dr. Margaret Paul